A collection of C++ HTTP libraries including an easy to use HTTP server.

Based on the "Networking" category.
Alternatively, view Proxygen alternatives based on common mentions on social networks and blogs.

Do you think we are missing an alternative of Proxygen or a related project?

This project comprises the core C++ HTTP abstractions used at Facebook. Internally, it is used as the basis for building many HTTP servers, proxies, and clients. This release focuses on the common HTTP abstractions and our simple HTTPServer framework. Future releases will provide simple client APIs as well. The framework supports HTTP/1.1, SPDY/3, SPDY/3.1, HTTP/2, and HTTP/3. The goal is to provide a simple, performant, and modern C++ HTTP library.

We have a Google group for general discussions at https://groups.google.com/d/forum/facebook-proxygen.

The original blog post also has more background on the project.

Learn More in This Intro Video 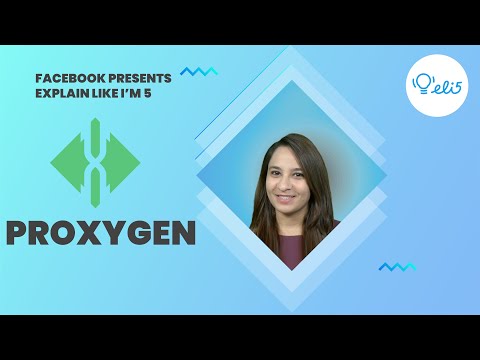 Note that currently this project has been tested on Ubuntu 18.04 and Mac OSX although it likely works on many other platforms.

You will need at least 3 GiB of memory to compile proxygen and its dependencies.

Just run ./build.sh from the proxygen/ directory to get and build all the dependencies and proxygen. You can run the tests manually with cd _build/ && make test. Then run ./install.sh to install it. You can remove the temporary build directory (_build) and ./build.sh && ./install.sh to rebase the dependencies, and then rebuild and reinstall proxygen.

If you are running on another platform, you may need to install several packages first. Proxygen and folly are all Autotools based projects.

The central abstractions to understand in proxygen/lib are the session, codec, transaction, and handler. These are the lowest level abstractions, and we don't generally recommend building off of these directly.

The handler then calls back into the transaction to generate egress (whether the egress is a request or response). The call flows from the transaction back to the session, which uses the codec to convert the higher-level semantics of the particular call into the appropriate bytes to send on the wire.

The same handler and transaction interfaces are used to both create requests and handle responses. The API is generic enough to allow both. HTTPSession is specialized slightly differently depending on whether you are using the connection to issue or respond to HTTP requests.

Moving into higher levels of abstraction, proxygen/HTTP server has a simpler set of APIs and is the recommended way to interface with proxygen when acting as a server if you don't need the full control of the lower level abstractions.

Proxygen is a library. After installing it, you can build your C++ server. Try cd ing to the directory containing the echo server at proxygen/httpserver/samples/echo/.

After building proxygen you can start the echo server with _build/proxygen/httpserver/proxygen_echo and verify it works using curl in a different terminal:

You can find other samples:

It depends on Facebook's mvfst library for the IETF QUIC transport implementation, so we have made that dependency optional. You can build the HTTP/3 code, tests and sample binaries with ./build.sh --with-quic.

This will also build a handy command-line utility that can be used as an HTTP/3 server and client.

The utility supports the qlog logging format; just start the server with the --qlogger_path option and many knobs to tune both the quic transport and the http layer.

We use Doxygen for Proxygen's internal documentation. You can generate a copy of these docs by running doxygen Doxyfile from the project root. You'll want to look at html/namespaceproxygen.html to start. This will also generate folly documentation.

Contributions to Proxygen are more than welcome. [Read the guidelines in CONTRIBUTING.md](CONTRIBUTING.md). Make sure you've signed the CLA before sending in a pull request.

Facebook has a bounty program for the safe disclosure of security bugs. If you find a vulnerability, please go through the process outlined on that page and do not file a public issue.


*Note that all licence references and agreements mentioned in the Proxygen README section above are relevant to that project's source code only.